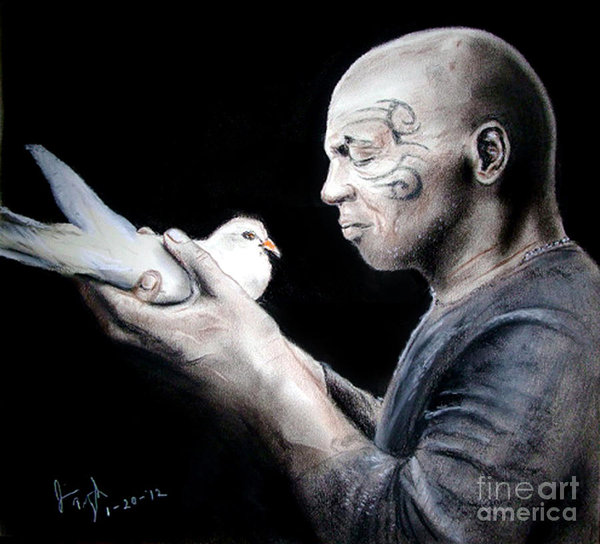 I’ve found myself playing a lot of Mike Tyson’s Punch Out!! on Nintendo because I just found out two weeks ago that Mike Tyson, our favorite tattooed-face-heavy-weight-champion is going into the ring again.

Can you believe that shit?

Not many people can. Tyson, who is 54, is set to fight Roy Jones Jr, who is the youngster in this match at 51 years old. Apparently, it’s only supposed to be a sparring match with no judges and of course, no crowd. They’re supposed to take it easy on each other.

There’s brief footage on Instagram of Tyson’s practice session where he’s pummeling some dummy bags and let’s be honest, the bags defended themselves better than Michael Spinks did in 1988.

To quote Teddy Atlas, Tyson’s former trainer from the 1980’s, after he watched the video… well, I won’t directly quote Teddy Atlas because he rambles more than Ozzy Osbourne, but to paraphrase Teddy Atlas, he said, “If you put Henry Aaron in a batting cage at 65 and he starts hitting some dingers, are you going to say, ‘Pack your bags, Strausberg! Hank Aaron is back’? No. You’re not going to do that.”

Sports analysists, in their infinite wisdom, are not interested in these guys butting heads and are downplaying the whole affair are saying no real boxing fan is going to pay $50 to watch this “fight” on Pay-Per-View. I mean, I’m going to do it, but I’m not going to be happy about it.

The fight was originally supposed to be on September 12, but Tyson thinks they can generate more revenue if given more time to promote it.

The benefit of having more time is that we can watch Tyson slowly (or rapidly) unfold from the funny, caring persona he has built over the past 15 years and back into the lispy, foul-mouthed, maniacal powerhouse that bit off Evander Holyfield’s ear in 1997.

When responding to the boxing manager’s statement that this wouldn’t be a “real fight,” Tyson disagreed.

Now, Mr. Tyson, come on. I’m not a savage. I just want to see you go into the third round without a mouth guard in so you can get a good grip on Roy’s nose with your teeth and chomp it off. But that’s just me as a casual boxing fan; I don’t think it’s savage.

And for 50 bucks, I think it’s fair to expect that someone’s extremity, I don’t care which, leaves one of your guys’ bodies and hits the canvas floor still twitching a little bit.

Or eat it. If I pay 60 bucks, would one of you guys eat it? I hear if you eat the other guy’s finger or nose you absorb his powers. Fine. $65 but no higher than that. This is a game of integrity and honor.

This is a text widget, which allows you to add text or HTML to your sidebar. You can use them to display text, links, images, HTML, or a combination of these. Edit them in the Widget section of the Customizer.
Follow The Writings of Mike Jenkins on WordPress.com

The pleasures of a bunch of old typewriters

The Jenkins
meaganlotus.wordpress.com/
I didn't have my glasses on....

A trip through life with fingers crossed and eternal optimism.

Not suitable for children, the sensitive or those hoping to get into heaven.

Typewritten Artifacts From The Digital Age

Chicks on the Case

Mystery writers with a killer sense of humor.

child of compost rummaging through the book trash

Good books don't give up all their secrets at once. - Stephen King

J. B. Garner - Musings of a Starving Author

Speaking Out on the Unspeakable